to sign the agreement that will bring the two companies to combine their knowledge and skills to build systems for nixtamalized flour, for the production of tortillas, but also for snacks and chips. Products, therefore, that are part, mostly, of the Central/South American food culture, but which are appreciated and consumed all over the world.

Ocrim has chosen Molitecnica as its partner for this venture since it is the first company in Italy to be specialized, for some years, in the design and construction of plants for nixtamalized flour and, in general, for "alternative" flours, such as that derived from cassava ( also called manioc or yuca). The Bolognese Company operates especially in Central and South America, countries in which Ocrim has a very strong and consolidated resonance. However, Ocrim also operates throughout the rest of the world and it is for this reason that the new partnership with Molitecnica will lead the latter to broaden its horizons and its presence on the world market.

The two companies will build high-yield plants for nixtamalized flour all over the world. The plants will have important measures related to energy saving and water consumption. The “noblest” Ocrim process machines will guarantee high-performance, in line with the results expected, in order to obtain an excellent final product.
The Department of Agro-Food Science and Technology of the University of Florence has been involved in this ambitious and constructive project, giving its intellectual and academic contribution through Research on aspects related to innovation technology that will characterize the plants. 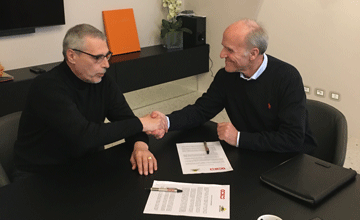 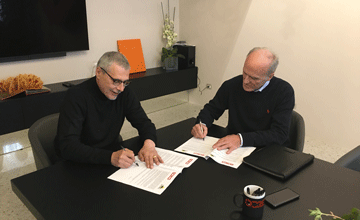 Alberto Antolini, during the meeting of 2 April, stated: "the synergy between the two companies, which have customer satisfaction as the punctum of their business, is the best starting point for encouraging this sophisticated project, which will involve great steps forward from a technological and engineering point of view”. Massimo Arduini, for his part, satisfied with the new agreement, highlighted that "the consumers are the real judge of the products offered and we are sure not to disregard their high expectations.”

Molitecnica will be present at Ocrim’s event "Wheat, flour and ..." (14-15 September 2019) to talk about nixtamalized flour and its uses.