Another early start, the many guests gathered again at Ocrim’s historical premises to attend a conference on a completely different topic from the previous day. 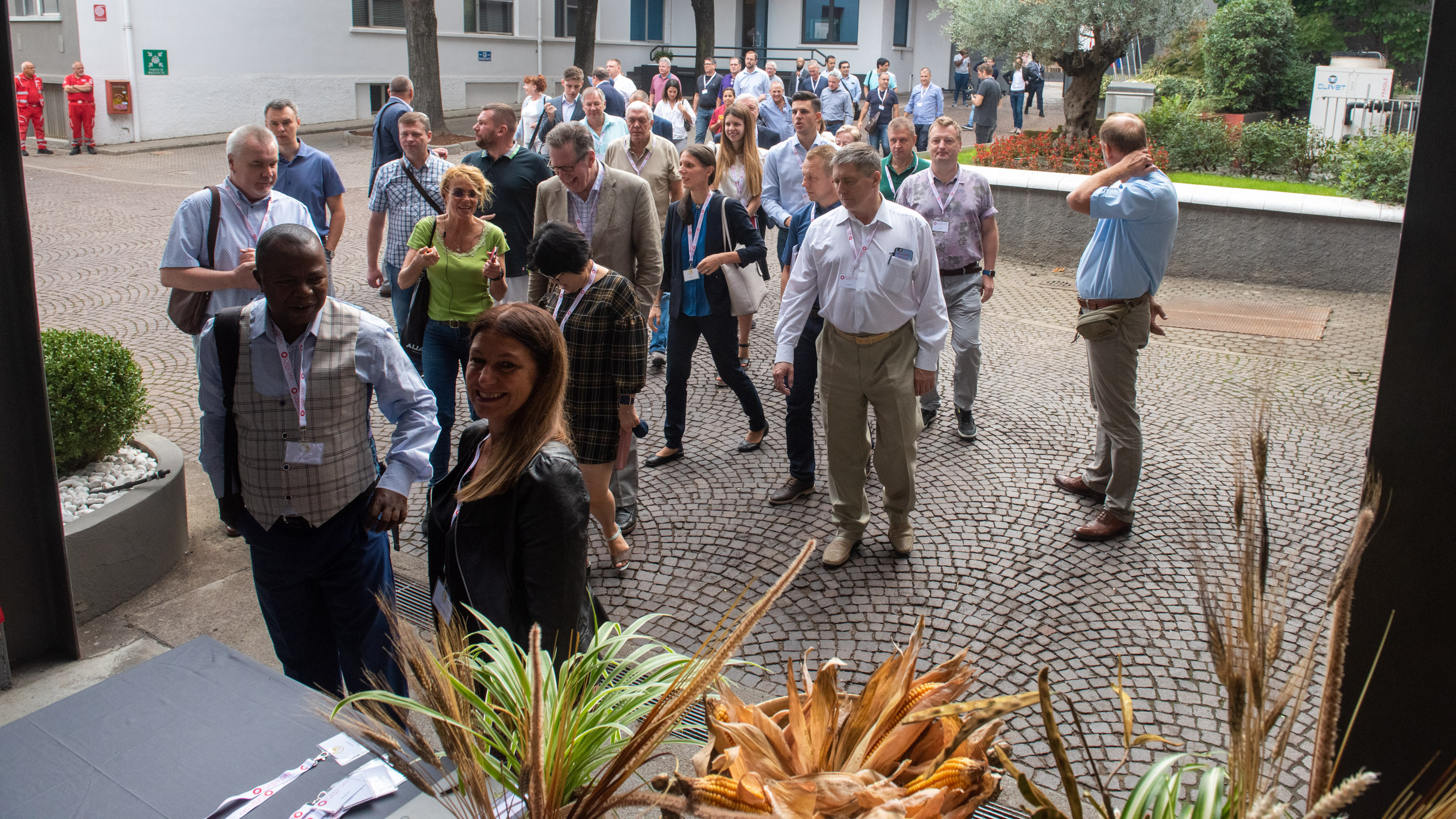 In fact, Ocrim told its story through focus topics presented by the company’s Top Management, but also through the words of a number of customers. “Around Ocrim in 90 minutes” (this was the title of the conference) was the most fitting way to wrap up this intellectual, cultural and business weekend. Through Sunday’s conference, Ocrim disclosed the results achieved to date and explained the direction that the company is headed in. Also, two customers, a new one and a long-standing one, spoke of their relationship with Ocrim and the reasons why the Cremona-based company was chosen the first time and why they continue choosing it.
Marino Scarlino was the moderator once again, and as the first guest he presented Giovanni Battista Girolomoni, Chairman of the Gino Girolomoni Cooperativa Agricola. The renowned and esteemed Marche-based company has a very similar work ethic and mentality to Ocrim. This is the first and largest Italian organic company and its products embody the values of the past and tradition, and the high quality obtained thanks to a high technological profile. In 2018, the Girolomoni cooperative decided to build a mill to process its organic durum wheat and spelt, choosing Ocrim for the construction and installation. This plant completed Girolomoni’s supply chain, as the flour directly supplies the pasta factory on the same premises. Essentially, Ocrim and Gino Girolomoni Cooperativa both adopt the same concept of supply chain and zero mile product, built on traditional values combined with a forward-looking approach to processing.
Then it was Luis José Ruenes Reynoard’s turn, the General Director of Molinos de Costa Rica S.A., a company that chose Ocrim for the first time four years ago for the construction and installation of a durum wheat milling facility. Currently, for Molinos de Costa Rica, Ocrim is completing one of the most modern and automated line end systems in Central America. Furthermore, a few months ago, an additional contract was signed for a common wheat mill with a capacity of 320 T/24h, reconfirming the trust established years ago and that has more collaborations and future projects in store.
Following Luis José Ruenes Reynoard, the Research and Development Manager of Bonifiche Ferraresi, Francesco Pugliese, discussed and illustrated the benefits of a new project developed by Ocrim and Bonifiche Ferraresi: The Milling Hub, located at the Cremona channel port. The two companies joined forces to build a one-of-a-kind milling centre. In fact it is the first centre that combines the know-how of a company with international scope in the production of milling facilities and that of a major Italian Agro-industrial group focused on the management of the entire production cycle (from genome to shelf) of high added value with a 100% Italian supply chain.

Stefano Mazzini, Ocrim’s Sales Manager, referring to the previous presentation by Francesco Pugliese, discussed another new project: the “Milling Hub Masterclass” training centre. As everybody knows by now, Ocrim has a special focus on training. Every year the company hosts students from across the globe intending to become expert millers or technicians; the company has a school-mill and a fully-equipped laboratory at the historical premises in Cremona and also organises tailored courses at customers’ facilities to train their personnel on site. However, in view of the new Milling Hub project and the many expected requests, Ocrim also intended it to be an actual school facility that assures even more comprehensive training. Only previously-trained technicians with certain experience have access to the Masterclass, which will have reserved entry to guarantee the high training profile. Stefano Mazzini concluded his speech stating that “Ocrim is taking another step to becoming the only agrifood milling company that is capable of such a feat.”
Following Mazzini, it was Maurizio Galbignani’s turn, Ocrim’s General Director, who provided an overview of past projects and future intentions. Galbignani stated that “the verticalisation of know-how was (and is) decisive for the current and future success of the company, as it is absolutely essential to know and monitor all the stages of grain processing, from seed to shelf,” also referring to The Italian Agri-Food Chain Choice. Galbignani also presented O-Cloud, a virtual centralised system that works by sharing customer information. It will allow every single customer to optimise the production process, plan maintenance in advance, increase the level of plant automation and guarantee quick management of technical needs. A unique and complete product, O-Cloud, which embodies the company’s intention to invest in Research to obtain products intended to be an operational part of each customer’s core business. 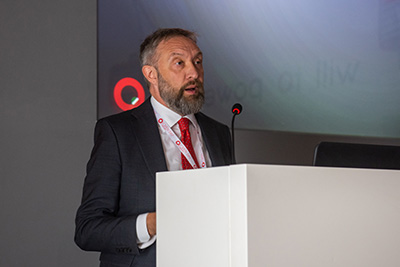 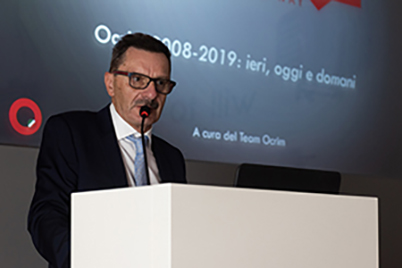 At the end of “Around Ocrim in 90 minutes”, Alberto Antolini, CEO of Ocrim, bade farewell to the audience, thanking them for attending and giving a final speech on how the company is ever more attentive to external needs. In fact he stated that “improvement is good, but one should have increasingly ambitious objectives, greater performance and professionalism more and more focused on the outside world”, especially referring to the new services presented by Maurizio Galbignani. He also spoke of the “broadening of skills, which is essential, in the last years, for the visible and concrete growth that the company underwent.” He concluded by telling the audience that Ocrim is and will always be a company supported by Human Capital, the Antolini family, which has, and will continue having the company’s growth and good at heart. 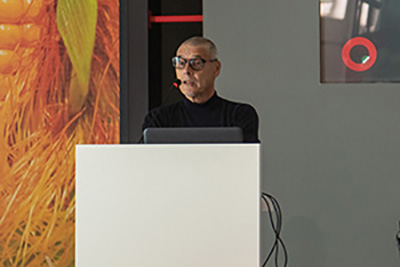 Before leaving the stage, Alberto Antolini finally presented the company’s 2019 video which features the city of Cremona together with Ocrim: the video shows a young singer and a band of musicians playing a song in front of Cremona’s cathedral, while all the company videos made to date are projected onto the facade. The intention of the video is to show the strong bond between Cremona and Ocrim, represented and guided by the Antolini family since 2009, but also to show, by projecting the company videos of the past 10 years, the family’s journey and what they have done for the company. The many guests were thrilled by the screening of the video, but no-one was more thrilled than the company team who was involved since the beginning in making the video, as shown by the backstage takes (watch here the company's video). 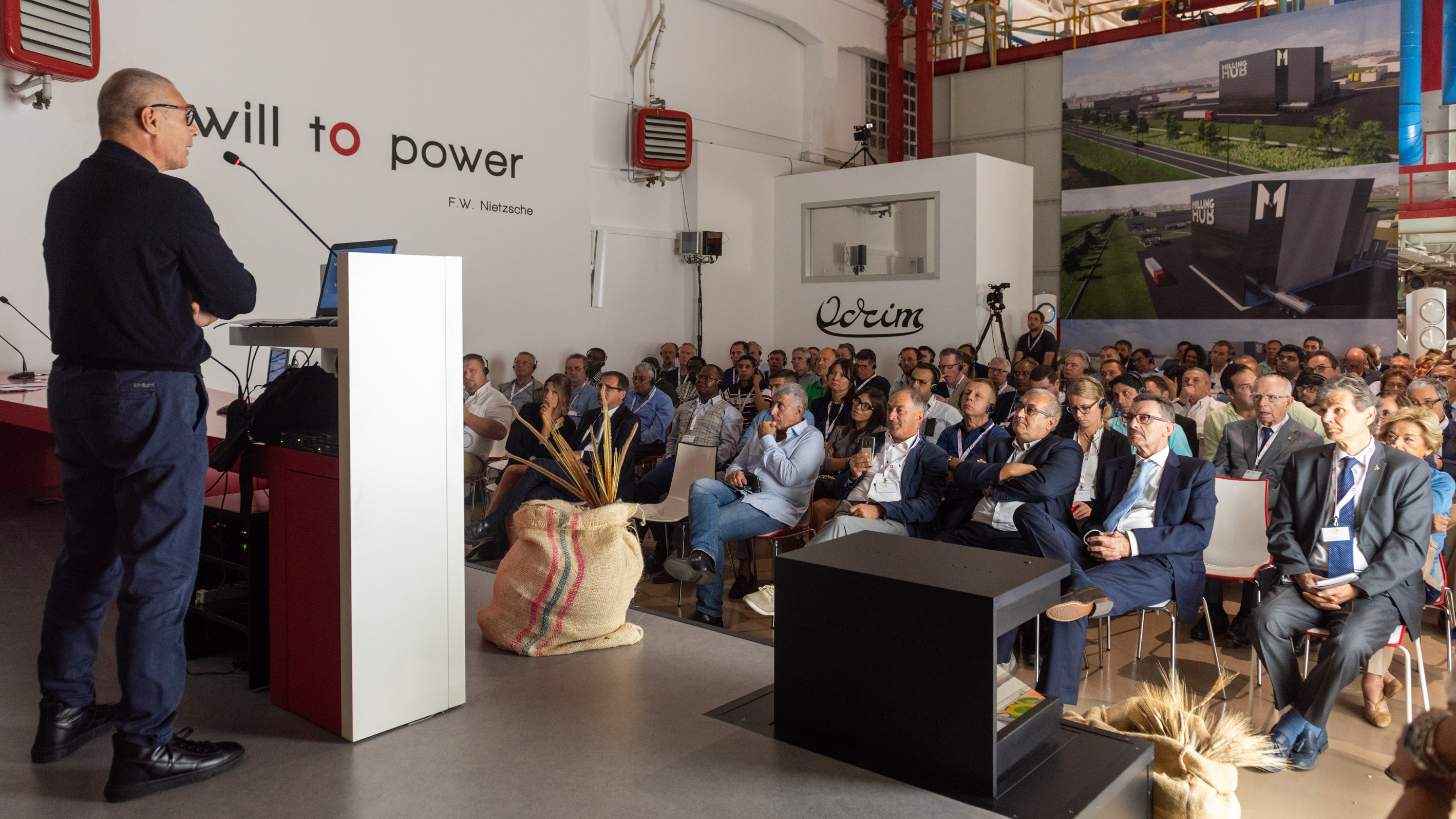 After the screening, all the guests went to the facility at the channel port to see with their own eyes the tangible results and what has been achieved by targeted investments. 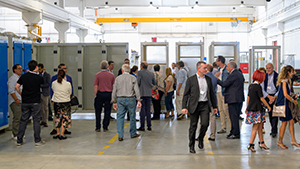 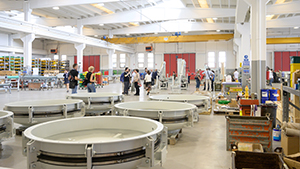 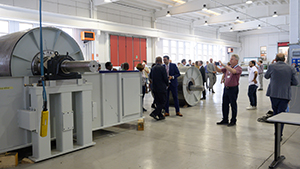 The Ocrim Team can only thank you for your attendance and your spirit of participation. Without you none of this would have been possible. Thank you from all of us!